The tactical gear used by Navy SEALs, whether basic or exotic, is dependent on the kind of mission they are involved in at the time.

Not only that; two Navy SEALs rarely wear similar gear on a particular assignment.

What Kind of Gear Do Navy SEALs Use?

There is a lot of things that the Navy SEAL carry with them, but the most important and common ones included in the Navy Seal gear list are as follows:

A piece of head gear is an integral part of a Navy SEALs tactical gear because of the protection it offers.

For an ocean or water-related mission, a dive hoodie is perfect for keeping the cool water off their head.

In contrast, a simple green shirt wrapped around the head in the jungle will do.

Lastly, a green Boonie hat protects against the harsh sun and bug net for the incessant mosquitoes.

This gear is also an essential part of the Navy SEAL gear list and is mission-dependent.

The vest for a desert operation will be pretty different from the one for a water operation.

For example, in close combat, vests similar to that of the Law Enforcement SWAT are worn.

In contrast, a harness-like vest is worn in the jungle as it prevents heat due to its openness.

Yes, Navy SEALs do wear watches during a mission. Most prefer to use digital watches since they’re not costly.

That said, to maintain their stealth during an operation, it is advised to tape the watch’s face to shield the glow from it.

Also, they need to turn off the alarm so there won’t be unexpected beeping sounds.

This is where the sunglasses come into the Navy SEALs gear list.

It is vital for adequate protection of the eyes, especially when on a desert-related mission.

The eye gear will help keep the sand and grit from entering the eyes.

Also, since a fair amount of time is spent in shooting ranges and on boats, good eye goggles are necessary.

They’re also easy to pack in a bag, and sometimes, there are bags with specific compartments for hydration bladders.

This is also called the SEREII E+E kit, and “SERE” stands for “Survival, Evasions, Resistance, Escape.”

Suffice to say, every Special Forces operator in the field must have this particular gear.

A standard one should contain a signaling mirror, a small water filter, an extra map, fire-starting equipment, and money in local currency, along with gold and silver.

As the name suggests, this is the kit to take when everything goes awry.

This is also part of the gear carried by guys in the special force.

That is even when they have to make a long trip because you can never tell what sort of contingency would come up.

An M4 with an ACOG, Aimpoint, or Eotech and light is essential alongside the SCAR weapon system, but some are still set in the old ways to use the iron sights instead.

Without a proper backpack, their gear would likely weigh them down; it is a way to haul their things better.

Not just any boot. Navy SEALs use good, lightweight boots that prevent them from ending up with blistered feet and slowing them down in a mission.

This particular gear is also mission-dependent.

For a desert-related task, they wear high ankle boots that protect them from cactus and give ankle stability.

In contrast, they need a steady boot when boarding a ship to avoid slipping on an oily metal ship decking.

This gear helps prevent the hands from getting torn up and keeps them warm while providing enough padding to the back of the hand.

They often use a variety of swim fins. Some even carry extra paracord in the event of the strap breaking.

The Navy SEALs don’t just go around with any flashlight.

The ones with the red lens are always more preferred than those with white lights.

That is because the red lens does not damage their night vision and can’t be seen from afar, so they aren’t much of a target. 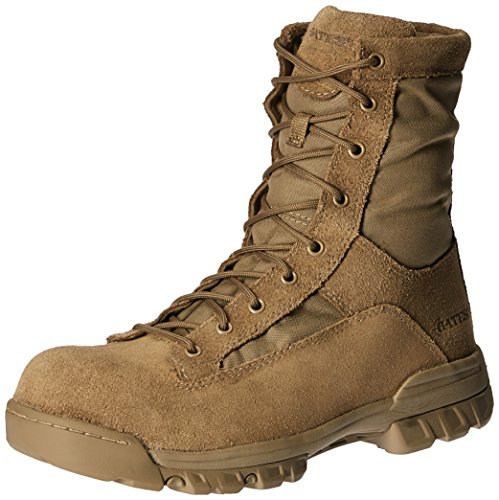 What Do Combat SEALs Wear?

When in combat, things are much different, and so is the gear the combat SEAL guys wear. Some of them include:

All team members carry this on land missions.

The duration of an assignment will determine its weight; a lighter pack for a short task and a larger pack for a long one.

This pack usually contains the specifics needed on a mission ranging from extra ammunition to water.

Depending on a combat SEAL’s position in the team, the pack might end up having a little bit of space for other personal things or none at all.

This device is critical to avoid getting lost during a mission, and it isn’t just the combat SEALs that make use of it.

Although it isn’t worn on every mission, considering heat, distance, and terrain, this is a good protection gear.

Still, good body armor is said to stop at most three AK-47 rounds and protect them from shrapnel, although it is only guaranteed to contain one round.

The carrier helps carry a few essentials in their body armor.

Commonly referred to as “silencers,” they sacrifice a little power and muzzle velocity for a quieter kill.

There’s a reduction in the exit of gasses and the flash from the muzzle.

While they are not silent, they are essential in delivering a stealth mission.

This is a reloader customized to have a short barrel and an old-school stock that fires live grenades at the enemy in a distinctive arc.

The grenades from the M79 grenade launcher come in varieties like the flechette.

These are little missiles with a similar appearance to nails, illumination, fragmentation, smoke, and buckshot.

It has a kill radius of five meters and a casualty radius of fifteen meters but can send piping hot metal pieces as far as two hundred and fifty feet.

Most times, it is the air pressure’s rapid expansion through the air which can cause instantaneous brain damage that kills the enemy rather than its fragmentation.

These are small pieces of customized detonation cords wrapped around a doorknob or a door frame.

They are used on occasion when there is no pressure in view.

Depending on the size of the charge, the “smoke” pull fuses are timed anywhere from ten to thirty seconds.

This is another essential item in a Navy SEALs gear list since it offers protection.

This is a significant part of all Special Forces night assault tactics that will help them see better in the dark without a flashlight.

After much training with the constant use of night vision goggles, it becomes second nature to many of them.

An M-4 Rifle with a flash suppressor can do the job without exposing the SEALs.

On the other hand, a handgun, 45 Caliber, to be precise, has a lot of stopping power and is small, light, and reliable.

A bolt cutter, compact and not too big, will easily fit into a SEALs three-day assault pack.

Its height makes it ready for any situation that might present itself.

It will get an operator into whatever door they so desire.

This might seem unusual, but it isn’t since combat SEALs also gather intelligence and information during battle.

So having a solid waterproof digital camera with optical zoom that isn’t bound to fall apart with all the jostling around is essential.

These are important for marking territories, especially when the extraction is going on.

They use these to illuminate themselves to make other friendly forces in the night see that they are part of a specific team.

This particular Navy SEALs tactical gear is essential for fixing specific tools, weapons or antennae for communications gear and contains several blades for cutting and sewing.

It is both multi-purpose and convenient.

Even an average individual who doesn’t have to worry about combat knows how essential water is for health, so this is a vital SEAL gear.

Since they sometimes have missions in the desert, they carry enough water to avoid dehydration or using IV to get fluids into the body.

Most of them take a hard bottle with water in it due to the rigors of combat.

They also make use of the Source Outdoor Tactical Gear WXP Hydration System.

This system lets them drink out of a hose rather than having to take off their packs for a gulp of water in dire situations.

Last but not least is the medical kit. As expected, injuries are sustained during combat.

Having this gear can be what saves them from the cold grip of death.

What Camo Do Navy SEALs Wear?

Every special force has a uniform or camo depending on their units or missions.

That is because of the need to distinguish themselves from others and remain secretive about their given assignments.

The Navy SEALs also have different units and missions assigned to them, ranging from direct-action warfare, special reconnaissance, counterterrorism, and foreign internal defense.

Not only that, but they also go through more than twelve months of initial training at Basic Underwater Demolition or SEAL school and SEAL Qualification Training.

It might seem tricky to tell Navy SEALs apart from other sailors.

Still, all you need to look for is the SEAL trident, an eagle image clutching an anchor, trident, and pistol.

They wear this insignia on the breast of their uniform.

As for the camo worn by them, it is called a Type II Navy Working Uniform.

According to the Navy, it is a desert camouflage uniform of four colors, worn only by SEALs, Special Warfare Combatant Craft Crewman, Special Warfare Operators, sailors who support them and select NECC units.

However, the Navy will roll out a new uniform called the Navy Working Uniform Type III on October 1.

It is the third camouflage uniform for the Navy in less than ten years.

Its predecessor (Type 1) is a blue, black, and gray-colored uniform deployed in 2008.

Sailors will wear this at home stations. There’s also a digital desert version that will be only for the sailors operating in arid climes abroad.

This new uniform comes with all the whistles and bells of the previous combat-style one, shoulder pockets, Velcro tabs for merit badges and flags, and a collar designed to protect against the chafing of body armor.

The camo is similar to the Marine Corps forest MARPAT but has a lighter green color.

Upon closer look, you can see the Constitution, Navy Anchor, and Eagle or ACE embedded in the pattern.

Navy SEALs are considered as one of the most rigorous and highly trained military force in the world.

They perform a variety of operations of unconventional warfare.

Since they sometimes work in hopeless situations, they use only the best equipment to increase their success and chances of safe returns.

Although some of the tactical gear used by Navy SEALs is restricted, many of the items are available to the public.

Simple items like the boots can augment your closet, while other equipment can be interesting, educational, and serve as home decor.

Please log in again. The login page will open in a new tab. After logging in you can close it and return to this page.

0 shares
Special offer for our visitors

Get your Free "Tactical Gear" Guide

We will never send you spam. By signing up for this you agree with our privacy policy and to receive regular updates via email in regards to industry news and promotions